Baby steps in grief and loss: Go take a shower 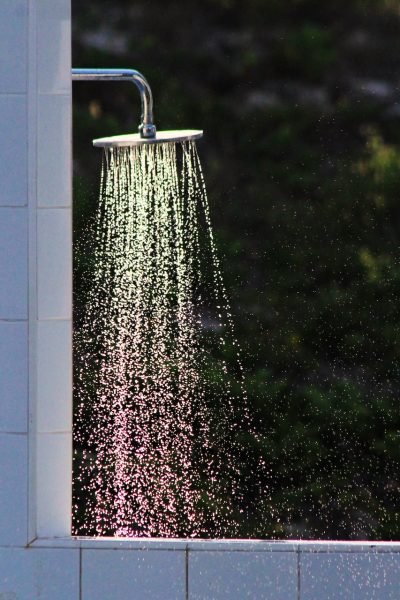 My first exper­i­ence with grief was the loss of a ser­i­ous rela­tion­ship. While for the best, I was com­pletely dev­ast­ated. I could­n’t stop cry­ing, I could­n’t get out of bed, and I wanted to crawl up and die. It was my first exper­i­ence with the body and mind con­nec­tion being intim­ately con­nec­ted, and it was excru­ci­at­ingly pain­ful. This was not some­thing I could just talk myself out of, and it was eye-opening.

Advice I was giv­en at the time was admit­tedly pretty ter­rible. Lessons in empathy train­ing required? Yes, it’s my mis­sion and I’m here to help.

So, what do you think I actu­ally heard in those statements?

Grief isn’t pleas­ant, it’s not here, suck it up, move on, don’t feel, my pain is worse, your pain is noth­ing, don’t be weak…as a res­ult, the pain pro­longed and I also felt ashamed.

I don’t think the inten­tion was to min­im­ize or dis­miss my pain, but because many of us are not equipped on how to sit in com­pas­sion with suf­fer­ing, we have a tend­ency to want to brush it off or just rush through it. The body and mind know…and they will not be rushed.

To add to this, rush­ing through my grief as a deeply empath­ic and sens­it­ive per­son; I can­’t actu­ally do that. Telling me not to feel deeply is like say­ing, “Aoife, don’t have curly hair. It’s incon­veni­ent”. Well, tell that to the curls on the side of my head that refuse to straight­en. Not going to happen!

The best (first) advice on coping with grief and loss

I was giv­en a piece of won­der­ful advice by a kind under­stand­ing soul who just got it. Years my seni­or, we had met for lunch, and she was wor­ried, but moreover, had exper­i­enced the deep phys­ic­al pain in grief that I also had (and more things, as she had life hap­pen to her). She had an oppor­tun­ity to prac­tice griev­ing in her every­day life a bit more than I had to that point. The one piece of advice that changed the course of my future in my rela­tion­ship with grief (which was a very import­ant thing for my years to come) was this:

Get out of bed every­day and take a shower.

A shower? I remem­ber think­ing — huh, okay. You’ve got my attention.

“A shower helps you to clear your head”, she explained. “Then you can go out­side in the fresh air. Take even a small walk and it will help you clear your head. Things will feel a bit easier.”

So for the next 3 months, I did just that. I got out of bed, took a shower and left the house. It helped that I had respons­ib­il­it­ies, but on the days I did­n’t and could stay in, I just stayed with that little ritu­al. It did help. It did­n’t remove my pain. I did­n’t feel less heavy, but the heav­i­ness eased. It allowed my ration­al brain to have a focus when my emo­tion­al self was drowning.

Five years later when my moth­er died, guess what I star­ted doing?

What is okay to feel when you’re grieving?

Absolutely everything. Your timeline and your feel­ings are nor­mal, whatever they are. In fact there is so much indi­vidu­al­ity in grief and its pro­cess that it is dif­fi­cult for research­ers to find a “tem­plate” or a “pro­cess”. So, whenev­er unne­ces­sary advice is giv­en, just give your­self a little hug and remem­ber that your pro­cess is your pro­cess. It’s all okay. What IS import­ant is find­ing the right sup­port you need at the moments you know you need con­nec­tion, com­pas­sion, and validation.

Why do simple rituals help?

Simple rituals do a few things. They make the brain feel safe. It’s a struc­ture they know and under­stand. The body likes routine, rhythm and sim­pli­city. It makes a world feel safe when it has turned upside down.

It also gives a small amount of con­trol to the left brain that wants to order and sort through this stress­ful exper­i­ence. A simple ritu­al cre­ates this con­trol that “yes, this part is okay, and there­fore the next step is also okay”.

I know to those of you in deep early grief this might sound crazy. It’s a simple thing. It does­n’t make everything go away. Nothing gets better.

You’re right, but it’s a start.

Today my heart offers this to loved ones close to my heart that are exper­i­en­cing their own major grief and loss. You are loved, and when the days are hard to come, get up, take a shower, and go outside.

I’ll be shar­ing more basic sup­ports for grief in the upcom­ing months as I am work­ing on a pro­gram called Resilient: Moving through Grief. It’s a heart pro­ject that’s been nag­ging at me for years, and 2020 is my year to share it.

We use cookies to ensure that we give you the best experience on our website. If you continue to use this site we will assume that you are happy with it.Ok