IBS and SIBO—Bacteria where they don't belong! 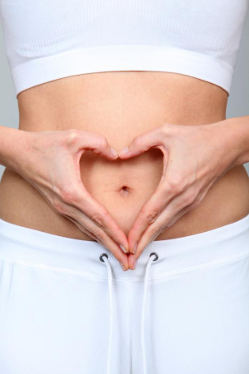 Our digestive tract often gets a bad rap when it’s not behaving as we want. If we feel bloated or have diarrhea, we feel annoyed. Rather than paying attention to the symptoms, we wish they would go away. This is especially true for irritable bowel disease.

What if those symptoms were alerting you to a condition where something isn’t quite right? Bacterial Overgrowth is one such condition.

Bacteria are present throughout the gastrointestinal tract, however there is a higher percentage that live in the large intestine compared with the small intestine.

There are circumstances in which bacteria in the small intestine grow in number, which can cause the following symptoms:

These symptoms are mostly due to the presence of excessive bacteria and a general imbalance in the gastrointestinal tract. Because the small intestine is really responsible for continuing to obtain nutrients and vitamins from our food and when extra bacteria are present, we cannot digest in the same way. Over time, SIBO can contribute to further symptoms including:

How is SIBO tested?

SIBO is tested through a breath test. Bacteria in the small intestine in the presence of glucose (sugar) or lactulose (milk-​based sugar) will grow and proliferate. When they grow, they produce gases, and our breath shows higher amounts of those gases than should normally be present. We breath out those gases (mostly hydrogen and some methane) over a period of time after drinking a glucose or lactulose solution, and the measurement of those gases tells us that you have SIBO.

How is SIBO treated?

SIBO can be treated in a number of ways:

Normally a combination of the above treatments is what is needed to kick those bacteria to the curb to allow your small intestine to do what it does best!

Contact me if you would like more information on SIBO testing, the SCD or FODMAP diets as you may indeed need to be tested and treated yourself.

Feel free to share this information with a friend or loved one with bowel troubles.
You never know, they could have SIBO!