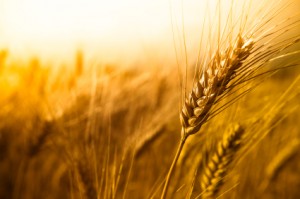 For those of you who are my patients, you can tune me out in this post. I have talked ad nauseam about the connection between gluten intolerance and irritable bowel syndrome. If celiac disease has been ruled out through conventional blood panels, most of the time people are left confused and still in discomfort as there are symptoms like bloating, gas, skin rashes, or general feeling of lethargy and malaise after eating products with wheat. The question is, why? Why are these symptoms being perceived but not being caught by conventional blood testing?

A group of gastroenterologists in Australia have gone a step further to investigating this relationship. In conventional methods of testing for reactivity to gluten, a study was published with the American Journal of Gastroenterology in which a double-blind randomized controlled group of 34 individuals were either subjected to eating gluten for 6 weeks and those not (placebo) for 6 weeks. After 6 weeks, there were significant changes in the group eating wheat, with parameters measured and compared to the placebo group including increased pain, bloating, unstable stool (feces) consistency, and general tiredness. Blood testing for anti-gliadin antibodies (the protein component of wheat) were tested, but did not prove to show up for the gluten-eating group. Additionally, there were no significant changes in fecal lactoferrin (a marker of inflammation specific to the intestine), levels of celiac antibodies (our body’s response to a food that is considered foreign and worthy of “attack”), highly sensitive C-reactive protein, or intestinal permeability.

Despite all of the blood tests proving negative, it was undeniable that there were symptom changes to those eating gluten with IBS and they were in discomfort. Perhaps they were looking at the wrong markers in the body to judge this? Gluten intolerance is perhaps more what was being observed, as I have previously posted upon (as I mentioned, ad nauseam!). Positively, it was not perceived that these patients were imagining their symptoms, which I think is pointing science in the right direction!

Wheat Belly, a book recently published by medical doctor Dr. Davis, outlines the importance of gluten and its ability to affect immune functioning and the patency of the gastrointestinal tract. Don’t believe me? Read about it!  All in the facts.

A special thank you to Galen’s Watch for their diligence in combing the literature for alternative medicine studies and their efficacy, and a friend Mark Mulholland who shares my wheat and gluten passion.